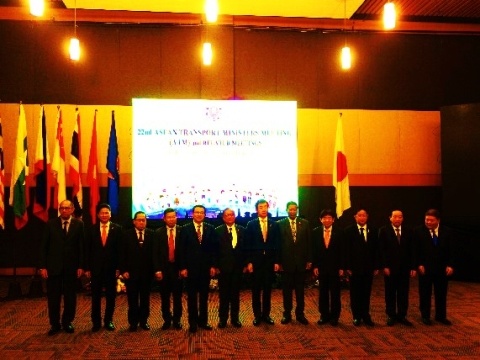 The 14th ASEAN and Japan Transport Ministers Meeting (14th ATM+Japan) was held on 18 November 2016 in Manila, the Philippines. Mr. Ryosei Tanaka, State Minister of Land, Infrastructure, Transport and Tourism of Japan, attended the meeting as co-chair.

* The ASEAN-Japan Transport Partnership, established in 2003, is a framework to enhance cooperation between ASEAN and Japan in the transport sector.

The meeting adopted the Joint Ministerial Statement for the 14th ATM+Japan.