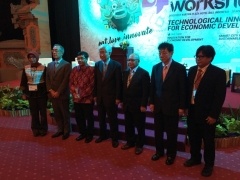 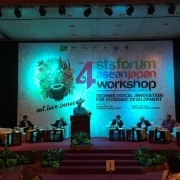 STS forum was founded by Mr. Koji Omi, former Finance Minister of Japan. It has been held annually since 2004 in Kyoto with more than 1,200 people gathering from over 100 countries to discuss and deliberate on various issues related to science and technology. STS Forum is now one of the most influential international platforms in the world.

Ambassador Sunaga outlined that science, technology and innovation was one of the most important fields for ASEAN’s progress and economic expansion, and the Chairman’s Statement issued at the ASEAN-Japan summit last September in Lao PDR placed high priority on it. Additionally, Ambassador Sunaga underlined that the Government of Japan would continue to support the ASEAN’s activities in line with one of the priority themes of ASEAN in 2017, “Inclusive, innovation-led growth”.

Participants had the opportunity to gain a better understanding about Japan-ASEAN cooperation in the field of science, technology and innovation through the workshop.